The People’s Prize is donated by Jim McColl, the SGF Honorary President, and is voted for by the visitors to Gardening Scotland. In 2019,  North Berwick in Bloom won the prize. 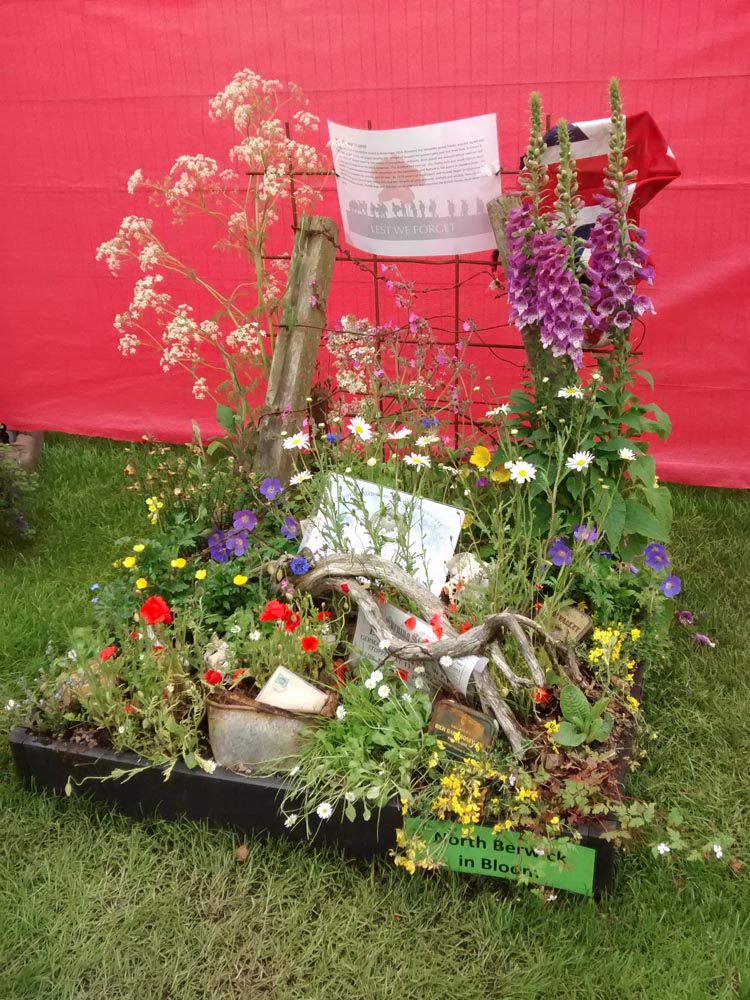 North Berwick in Bloom have entered a pallet garden in every one of the 15 years of the event. This year their Now the war is over pallet demonstrated how wild flowers, including the well-known red poppies, had begun to cover over the battlefields by the spring of 1919. The garden also acknowledged the contribution of thousands of horses, dogs and carrier pigeons to the British forces. Most never came home.